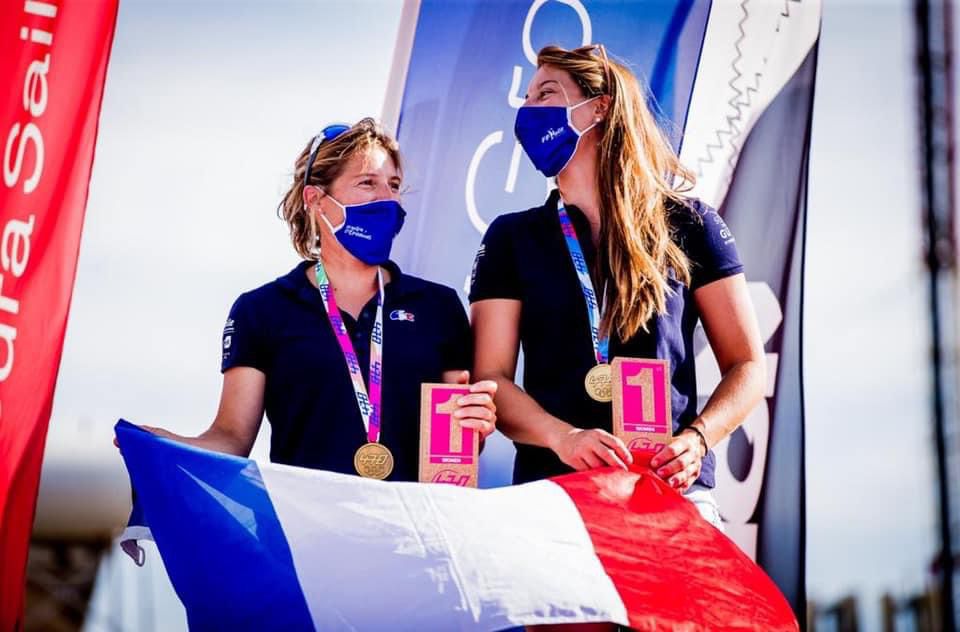 Aloïse joins the France team for the SSL Gold Cup!

Team France has been enriched since the end of September with a 7th person to reinforce the team already made up of Édouard Masse in number 1, Thibault Julien in piano, Xavier Rohart in GV adjuster, Emeric Michel in FOC adjuster, Jean -Baptist Bernaz on tactics and of course Captain Loic Peyron.

So it’s Aloïse’s turn to join the selection, chosen by the SSL ranking list. Indeed, Aloïse was number 1 in the ranking following her Olympic medal in Tokyo in 2021.
This great sailor sails mainly on her 470 and recently she has been able to tack on the F50 of the France SAIL GP team.

“Aloïse Retornaz, freshly returned with a superb bronze medal around her neck will be an asset for our Team made up of different backgrounds, by bringing her strong, human, smiling personality, all the skills acquired around the 470, precision, finesse, fundamentals physics and his career as a project management engineer. With the team, the performance of the boat will be the most important for her”.

Aloïse will make her appearance in the competition. Before, she will do mixed 470 tests for the future Olympiad :
“I’m so happy to join the France team, I can’t wait to be able to sail on these magnificent boats with the whole team !
I’m used to sailing with a crew of two, I can’t wait to sail with a bigger crew now and have the chance to sail alongside this great team. It’s going to be a great experience.
I saw that there were a lot of colleagues from the Olympics on the circuit and a lot of great sailors, the level will be raised, it’s up to us to play! “.